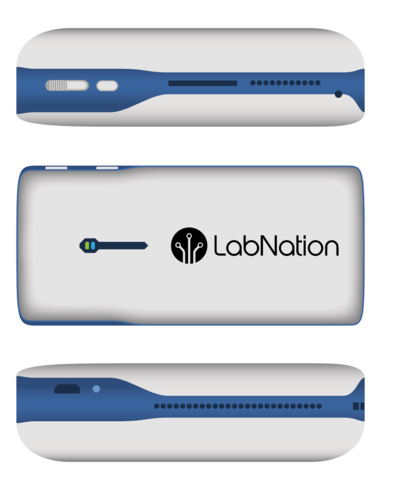 Some benefits of the SmartScope server:

If this doesn't work

... it probably means there is no ZeroConf service installed on the client machine, which is required to auto-detect the scope on the network. This is how to solve it: 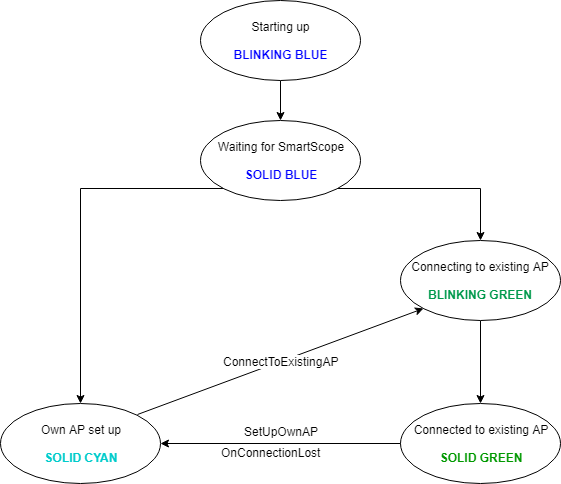 Just make sure that both the Wifi bridge and your device are connected to the same network:

Next, simply start the SmartScope app on your device. You'll see a toast that a SmartScope has been found on the same network, after which you can control the SmartScope as if it were connected locally! 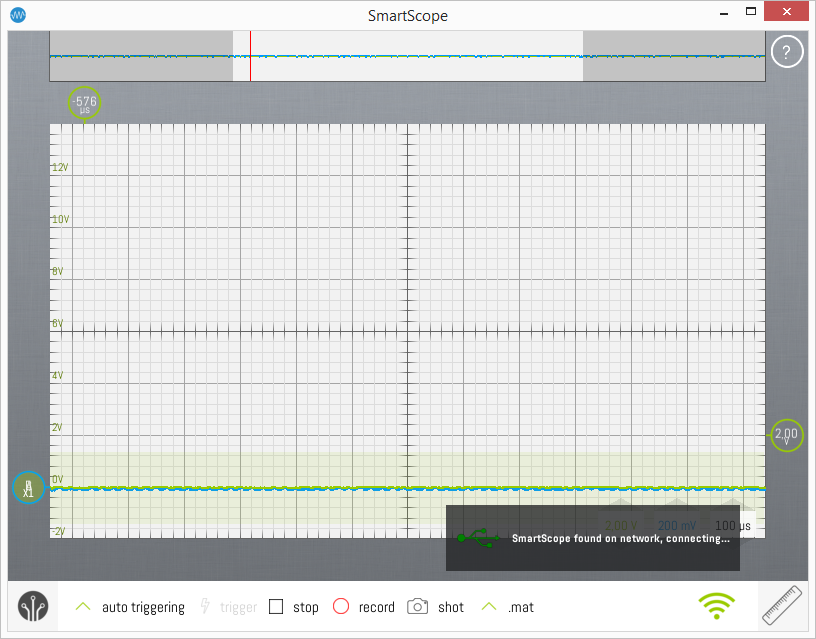 At first run, the bridge will have set up its own AccessPoint. However, since connecting your own device to the Bridge's AP means you no longer have internet connection on your own device, you'll typically want to hook up the Wifi bridge to an existing network (eg: company wifi or home wifi). This is very easy to do:

Of course, remember to connect your own device to the same Access Point. You will find the SmartScope present on your trusted network! 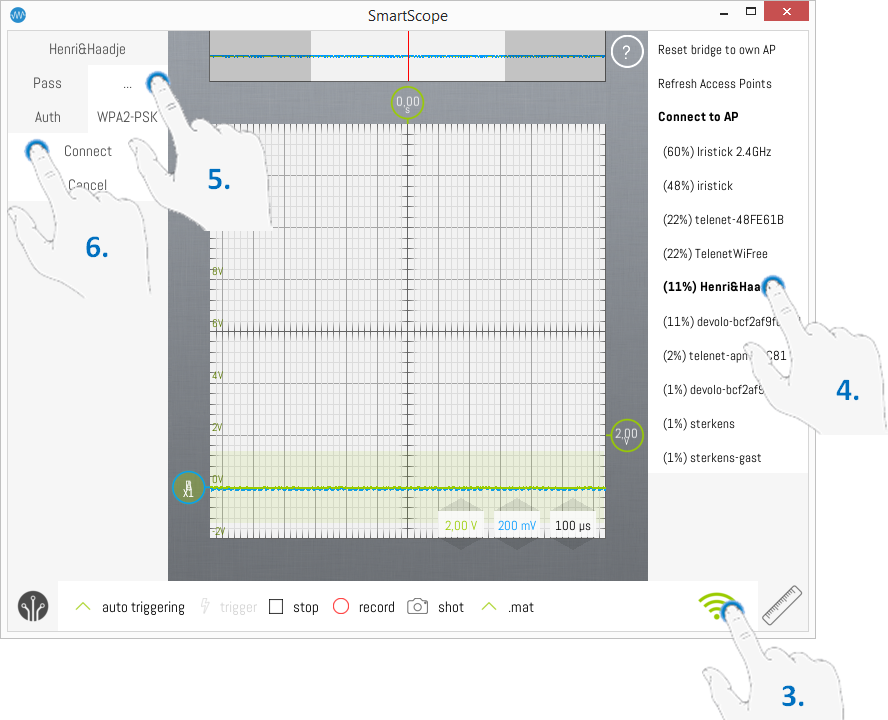 Switching from an exsiting AccessPoint back to the bridge's own AccessPoint

Remember to also point your device to the Access Point of the Wifi bridge! 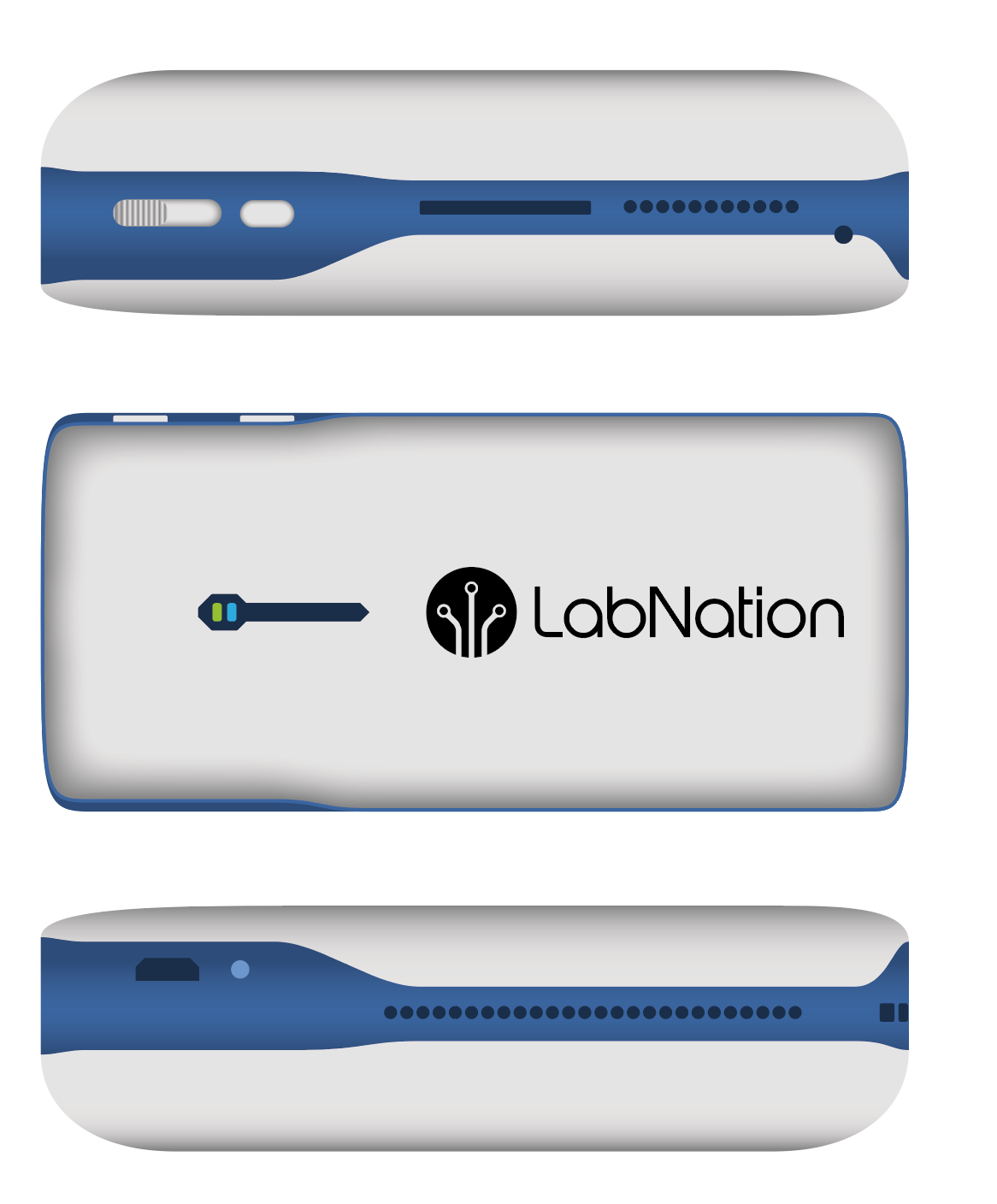 The states of the LED indicator are listed in the state diagram above. This allows you to easily find out which state the Wifi bridge is in.

There's a reset button on the side of the device, which requires a paperclip or other thin pin to push.

While in charger mode, you can connect any chargeable USB device to charge it. WiFi/CPU are disabled to conserve energy.